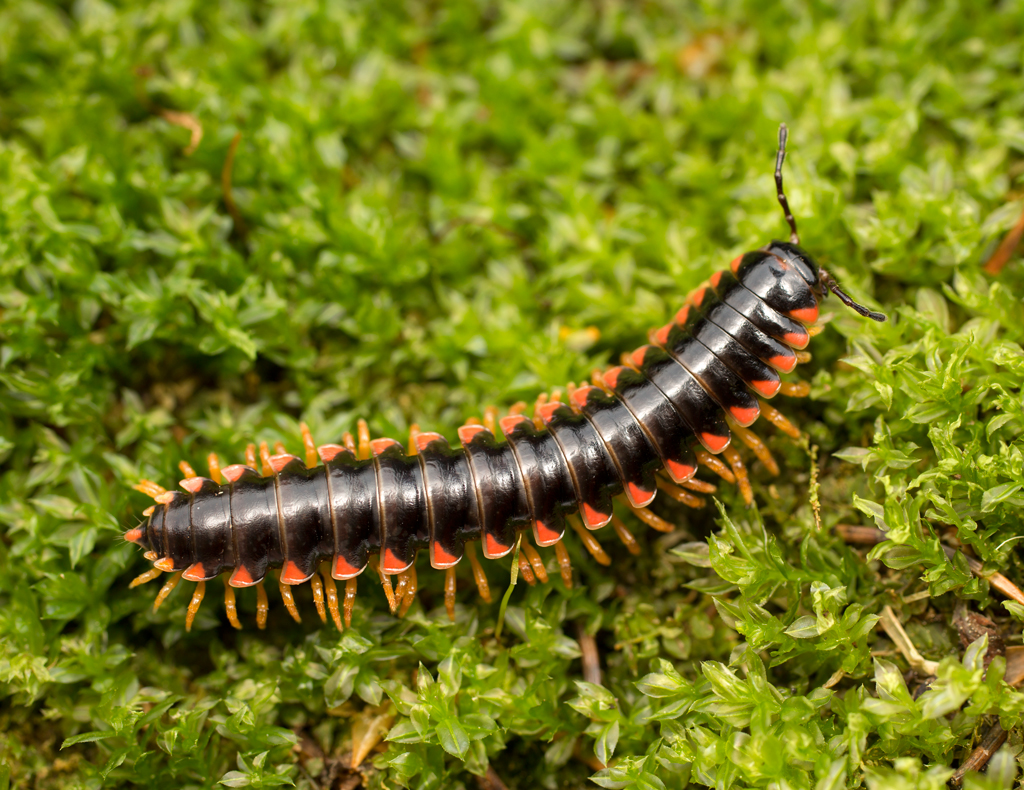 The Appalachian Mountains hold a great diversity of colorful millipedes, including this species that we found during a recent collecting trip to Burkes Garden, Virginia. This is one of two color morphs that we found in this spot (special thanks to Tim McCoy for spying this one). The other morph has yellow stripes and legs instead of the red spots and orange legs shown in this individual. The red & black morph likely mimics Rudiloria kleinpeteri and the yellow morph, Apheloria virginiensis (both found in the area). Many of these instances of divergent coloration occur between individuals that are very closely related (based on uniform DNA barcoding sequences). The genetic mechanism controlling this in millipedes is unknown. However, the genetics of variable color mimicry in nymphalid butterflies has been investigated in several fascinating articles (Joron et al. Nature, 2011; Kunte et al. Nature, 2013).

This entry was posted in Uncategorized. Bookmark the permalink.

5 Responses to Millipede from Burkes Garden