In Tsukuba, which is about 50 km northeast of Tokyo, we met Tsutomu and his student Ryosuke Kuwahara. I really enjoyed meeting Ryosuke because he’s very enthusiastic about natural history and takes wonderful photographs of xystodesmid millipedes (here’s a link to his website). That evening, we visited Seiryuji Temple in Tsuchiuria and collected millipedes in a nearby forest. When we walked into the forest, a Luna moth flew in front of us and landed on a tree.

Often, finding millipedes is sporadic, and we spent about 20 minutes before we encountered the first xystodesmid, Parafontaria tonominea (Attems, 1899). That evening, we also found Parafontaria ishiii Shinohara, 1986 and Xystodesmus martensii (Peters, 1864). (Notably in 1895, Cook established the genus Xystodesmus and the family Xystodesmidae based on X. martensii, a species originally described by Peters in 1864 as Polydesmus martensii). With the moth and millipedes, there were other fascinating organisms in the forest including a gray hand-sized centipede, Scolopendra japonica C.L. Koch, 1878.

It became clear that night collecting was the most productive. For example in Sapporo, we found two millipedes in six hours during the day and 50 millipedes in 15 minutes at night. Consequently, we spent our days planning fieldwork, resting for night-collecting, looking at Tsutomu’s natural history collections, and tending to the live millipedes (and of course eating a good amount of ramen). 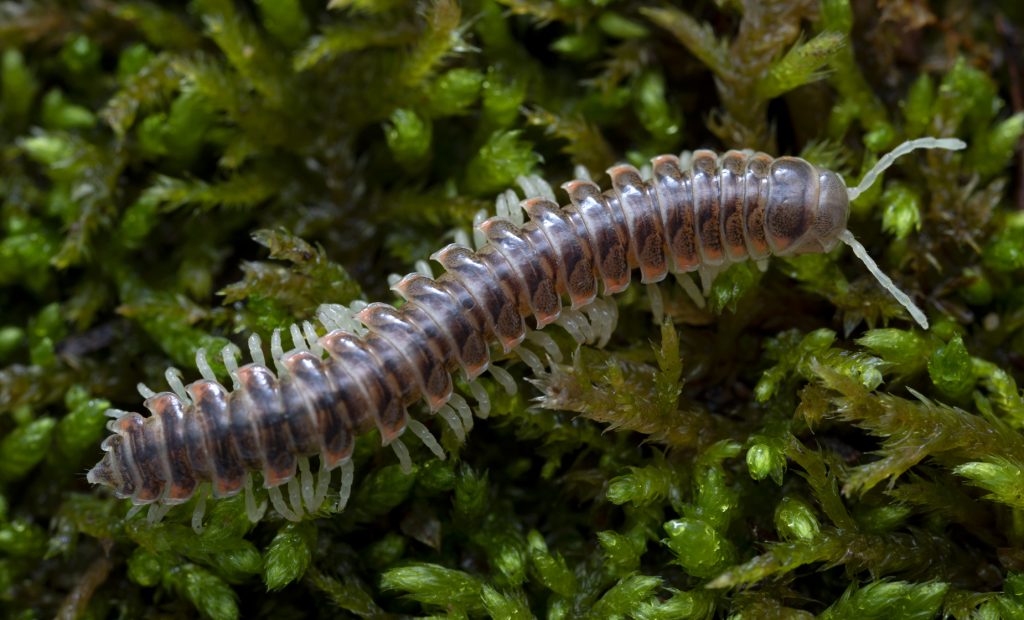 The second night in Tsukuba, we travelled through a network of rice plantations to Mount Hōkyō-san and collected in the cherry, chinquapin, and bamboo forest that covers the mountain. We hiked a couple miles to a site about 400 meters in elevation that was just below the peak of Hōkyō-san. At 8PM, P. ishiii, X. martensii (and another millipede that Ryosuke and Tsutomu will soon share), started to emerge from their subterranean hiding places. An hour later, we encountered more. At the end of the night, we found about one hundred xystodesmid millipedes. We collected about 20 individuals to bring to Virginia Tech for DNA sequencing and molecular phylogenetics. At the moment, we have sequenced about 239 of the family’s 393 species (and nearly all of the taxon’s 62 genera). We’ve done this to estimate the family’s evolutionary history in a phylogeny. The phylogeny of Xystodesmidae is important as a guide for describing species and tracing the evolution of mimicry and features like chemical defenses. 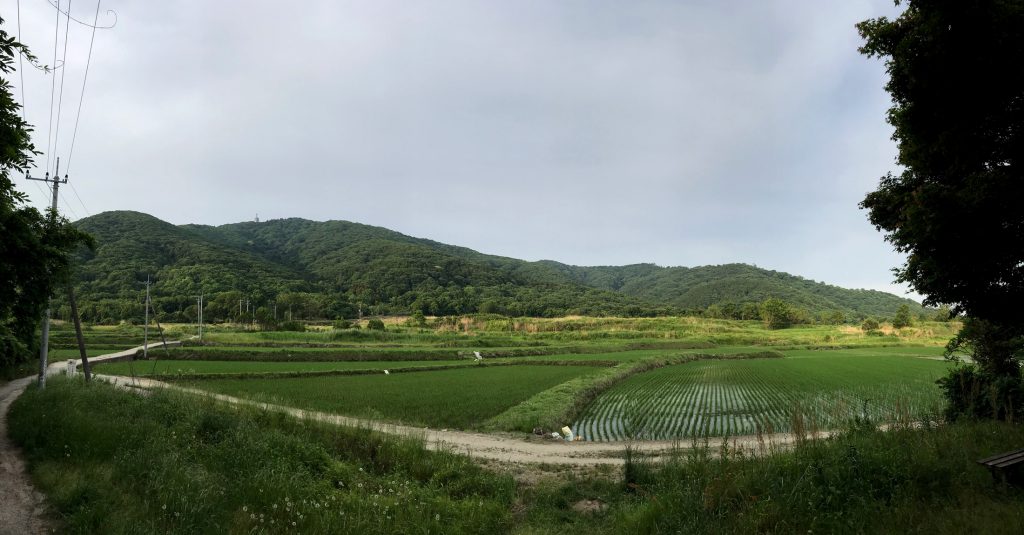 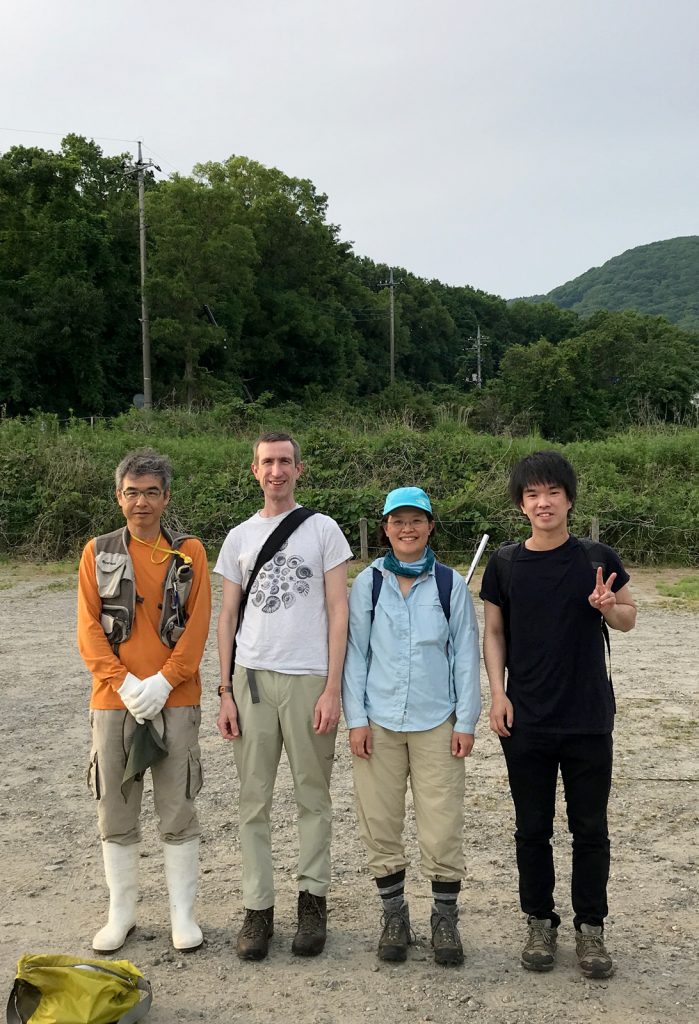 Walking down Mount Hōkyō-san, we enjoyed being entomologists and encountered large Carabus beetles, sawflies, and several huge S. japonica centipedes hanging out on the sides of trees. Ryosuke pointed out a handsome mamushi on the trail near the rice field, Gloydius blomhoffii (H. Boie, 1826), which is species of viper.

The third night in Tsukuba, we collected at a lower elevation (89 m) forest near Kashima Shrine in Mito. Again, as a testament to the patchiness of millipede encounters, we found little in the first 30 minutes. But once we encountered a suitable patch, we found lots of millipedes. The first xystodesmid millipede that we found was Parafontaria erythrosoma (Takakuwa, 1942). A handsome millipede, which as its name implies, has a red (“erythro”) body (“soma”). With P. erythrosoma, we found X. martensii again, which is a very widespread species with a considerable amount of variation (Tanabe and Shinohara, 1996). Ryosuke broke open a decaying log and found a species of Hyleoglomeris, which is a glomerid millipede capable of rolling into a ball. We encountered other millipedes including the haplodesmid Eutrichodesmus peculiaris (Murakami, 1966); the polydesmid Epanerchodus lacteus Shinohara, 1958; and a species of the paradoxosomatid Cawjeekelia Golovatch, 1980. Notably, E. peculiaris has maternal care of eggs, which is a rare behavior in millipedes, and an incredibly rare behavior in millipedes of the order Polydesmida (Murakami, 1972).

1 Response to Fieldwork in Japan (part 2)