The last day of collecting, we hopped on a ferry and crossed the Ariake Sea to Mount Unzen in Nagasaki Prefecture. Mount Unzen, known for its violent eruptions, had its last activity between 1991 to 1994 when numerous pyroclastic flows buried houses and spewed toxic gas. When driving on Unzen, I could see steam and smell sulfur in certain areas. Some well-known hot springs, including the aptly named Unzen Hell, sit atop these vents. 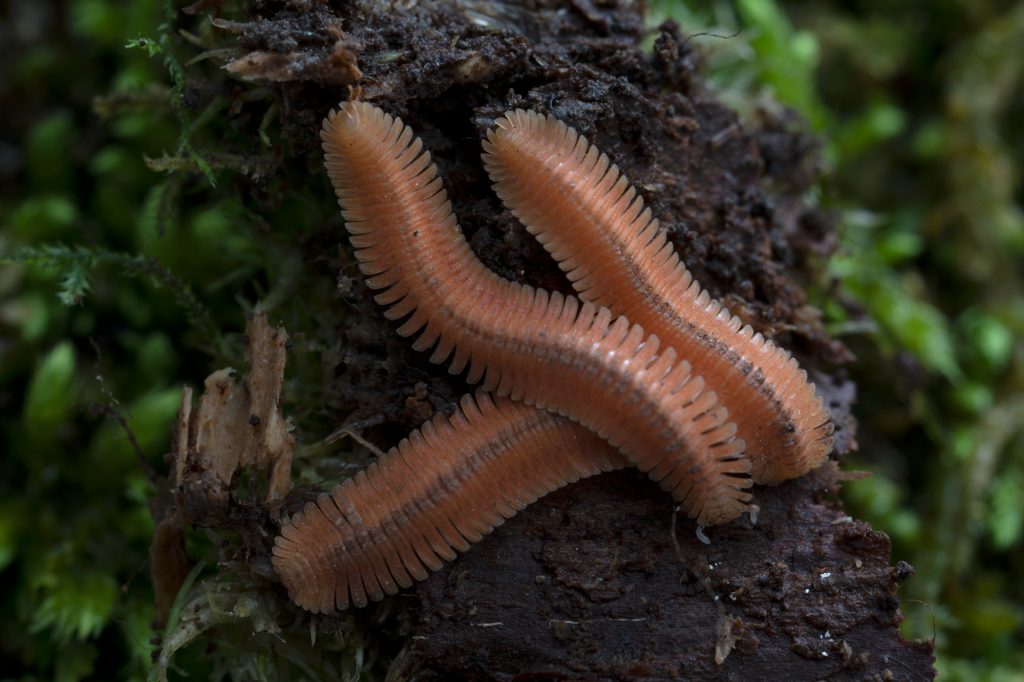 We collected millipedes at a couple of sites on Mount Unzen. We were looking for the andrognathid millipede Brachycybe nodulosa (Verhoeff, 1935) at the first site, and the xystodesmid Riukiaria marinae (Golovatch, 1978) at the second site. Notably, B. nodulosa is the closest relative of the Appalachian species, Brachycybe lecontii Wood, 1864 (Brewer et al., 2012). It’s even more closely related to B. lecontii than is Brachycybe petasata Loomis, 1936, which is sympatric with B. lecontii in the Southern Appalachian Mountains. 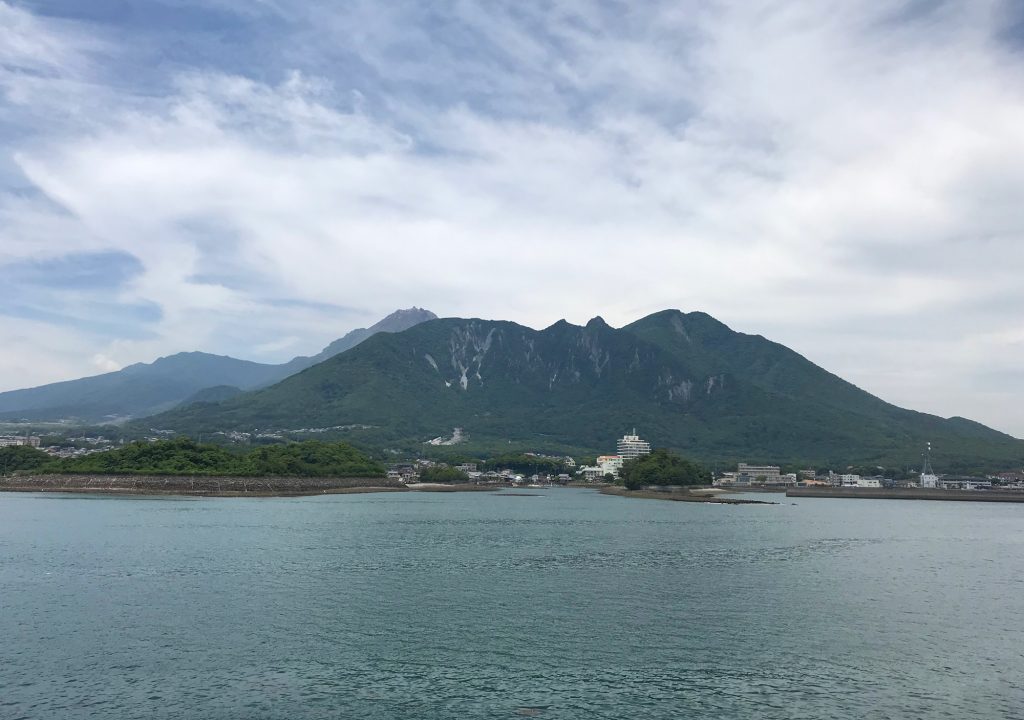 The city of Shimabura with Mount Unzen way in the background

We searched in several Cryptomeria forests without finding B. nodulosa, then eventually found them in the fourth spot. Their rarity is similar to B. lecontii, and often ideal-looking habitats are searched without finding a single individual. Tsutomu is familiar with collecting B. nodulosa and knew to spend less than about 15 minutes at a site then move onto the next one. Tsutomu found the first B. nodulosa on a Cryptomeria log. The microhabitat of B. nodulosa is similar to B. lecontii in that they occur on dead logs that are still intact and firm but with loose bark. In contrast to B. nodulosa, the species B. lecontii seems to like Tulip poplar. I was struck by the orange hue of B. nodulosa that differs from the pink color of B. lecontii. 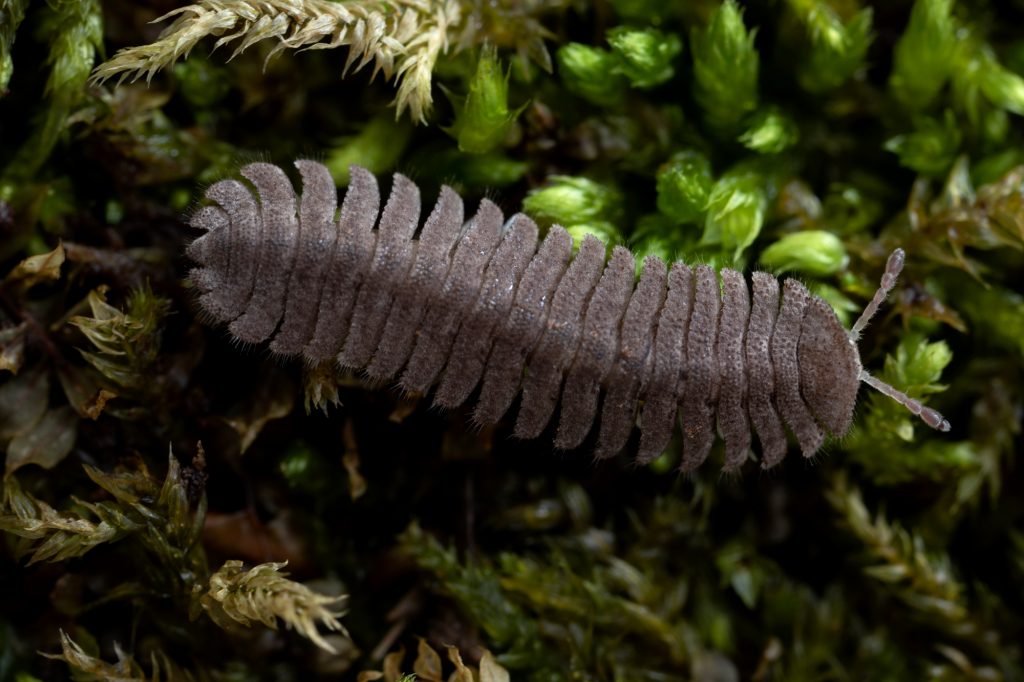 Co-occuring with B. nodulosa on the same cedar log, we found the millipedes Kiusiunum Verhoeff, 1942 (Cryptodesmidae) and Kiusiozonium Verhoeff, 1941 (Hirudisomatidae). These three millipedes are dorsoventrally flattened and chemically defended with either alkaloids or alcohols. The odor of Kiusiozonium is similar to the Appalachian millipede Petaserpes that has a camphor (Vicks VapoRub-like) odor. 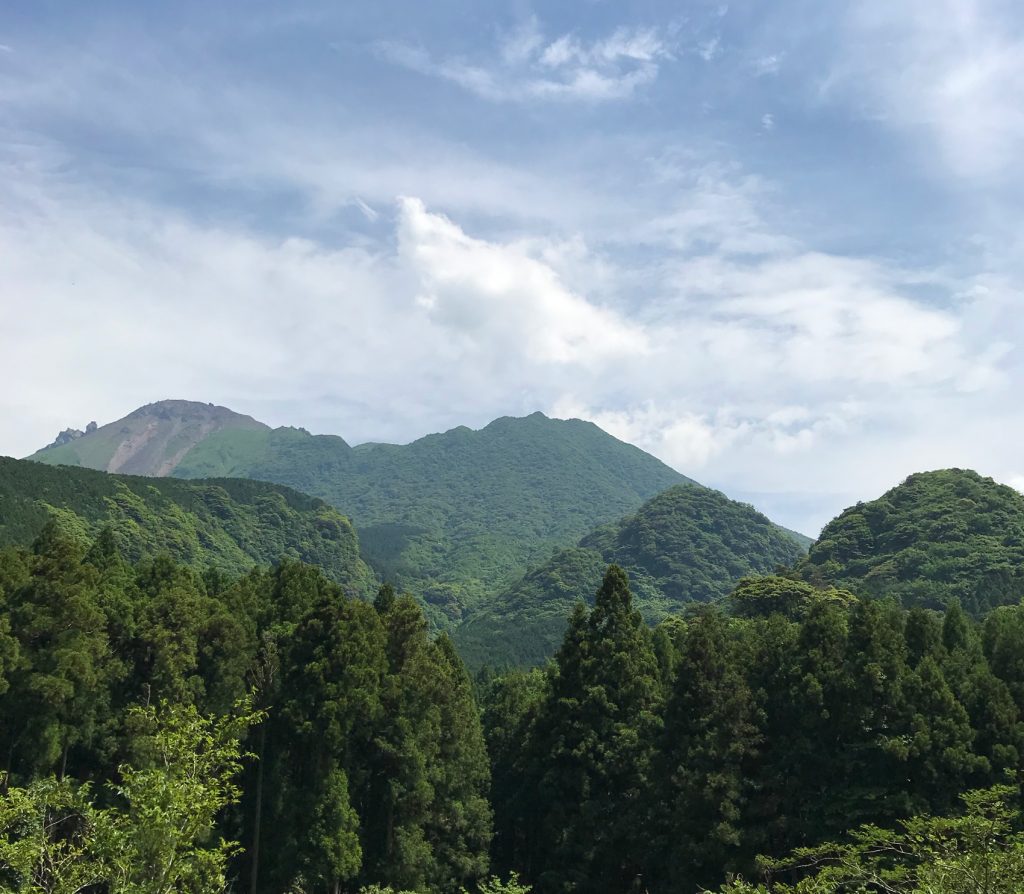 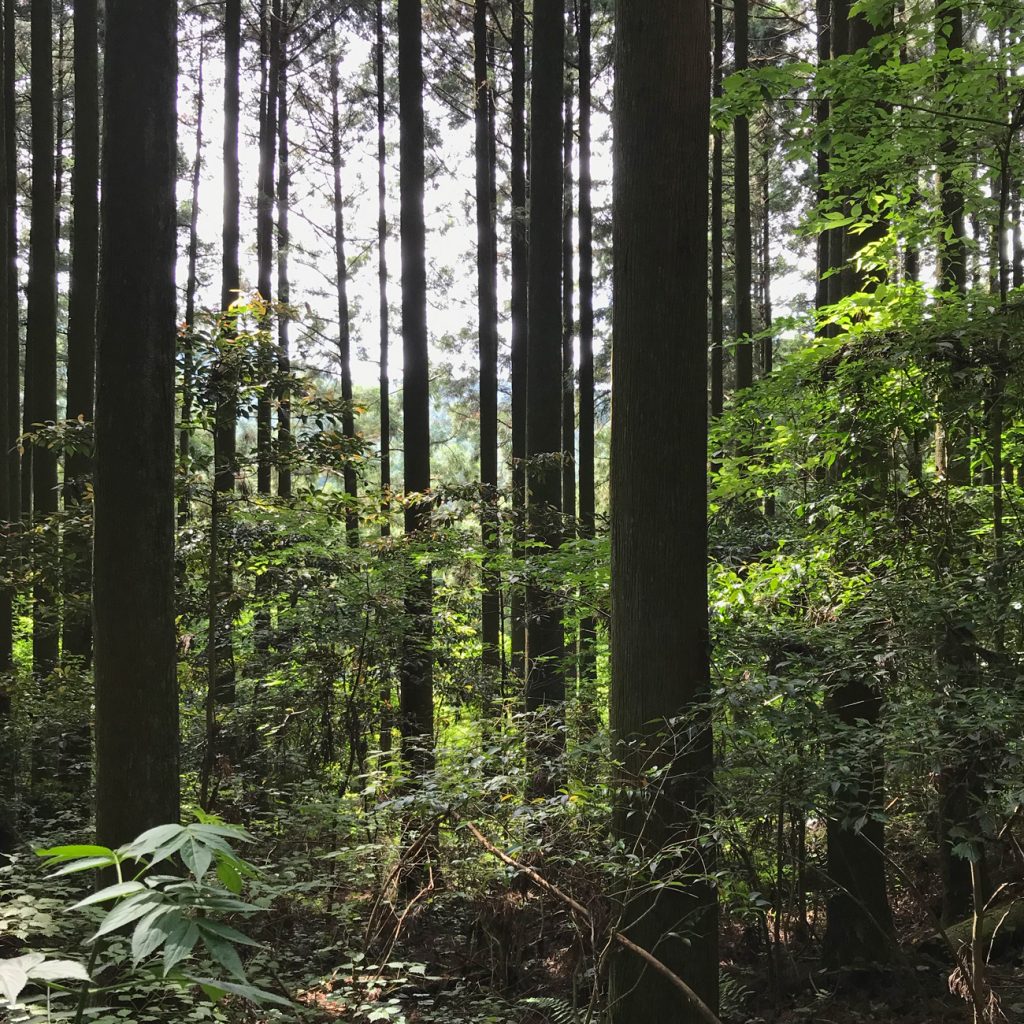 With a couple hours before the ferry departed, we visited the type locality of R. marinae on the south slope of Mount Unzen. The site consisted of a nice dark cedar forest with a thick layer of spongy decaying cedar duff. In a small gully, I found individuals of B. nodulosa, Kiusiunum, and a Hyleoglomeris with a white stripe near its head. In our 30 minutes of collecting, we didn’t find R. marinae. That’s not surprising and if we would have found an individual it would have been lucky given that Japanese xystodesmids are decidedly nocturnal and patchy in distribution.

3 Responses to Fieldwork in Japan (part 4)