We hopped back on the train to the Narita Airport and flew to Kumamoto Prefecture where Tsutomu teaches at Kumamoto University. At the airport, we met Tsutomu’s student Taiki Kato who is studying pill millipedes, including Hyleoglomeris. Taiki plans to reconstruct the evolutionary history of the taxon in Japan (circa 10 species). After eating octopus fritters and these chips, we drove to a Cryptomeria japonica (Japanese cedar) forest northeast of Kumamoto in Haru. The site was next to a pull-off on the road and reminded me of the spots where we collect in Appalachia. We arrived at dusk and once we entered the forest and clicked on our ultraviolet flashlights, we found this absolute behemoth xystodesmid, Riukiaria cornuta (Haga, 1968).

This millipede is the largest (in length) xystodesmid I’ve ever encountered, and I practically lost it with amazement when I first saw it. The Appalachian species Pachydesmus crassicutis (Wood, 1864) is slightly wider but shorter in length than R. cornuta. (The species Rhysodesmus dasypus (Gervais, 1847) is the largest known xystodesmid species at 25 mm wide and 80 mm long). There were a few R. cornuta starting to poke their heads above ground at 8PM; however, at 8:45PM they were everywhere and encountered every few steps. The forest was very dark, so they positively lit up with a bright green glow when illuminated under ultraviolet light. 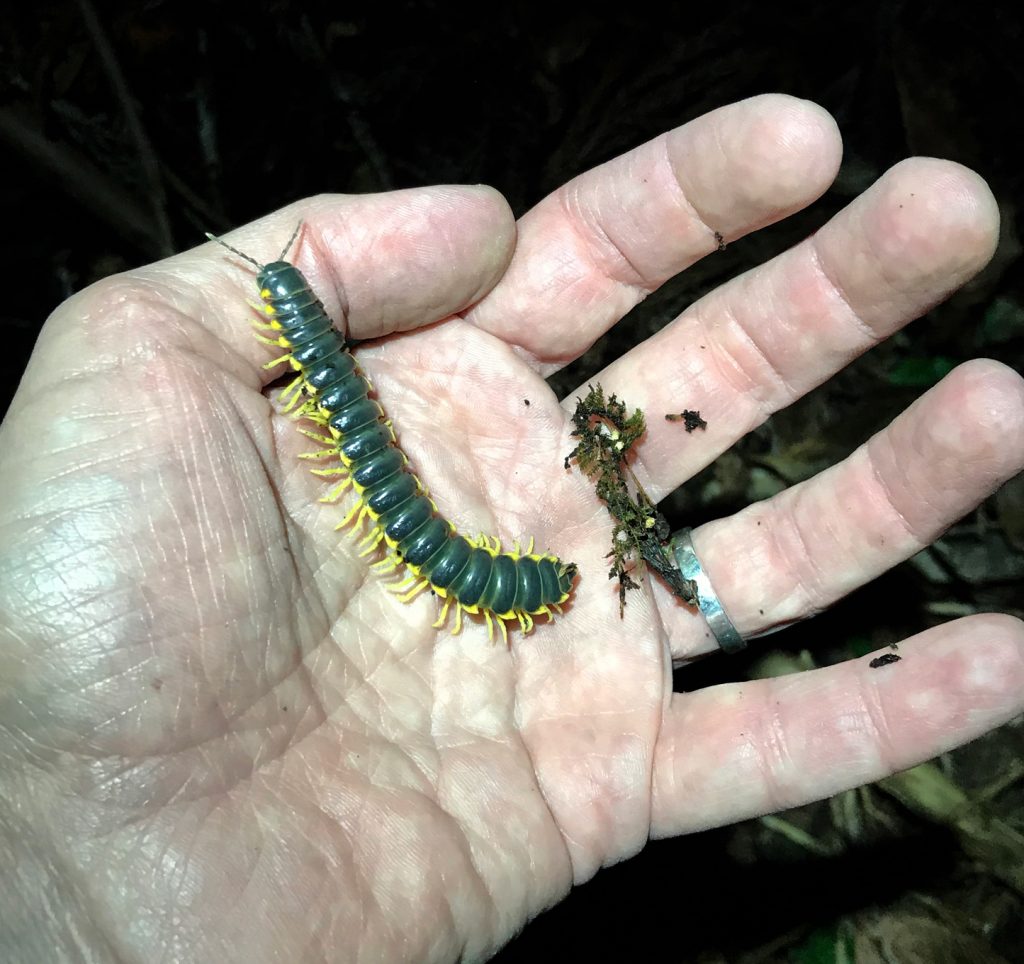 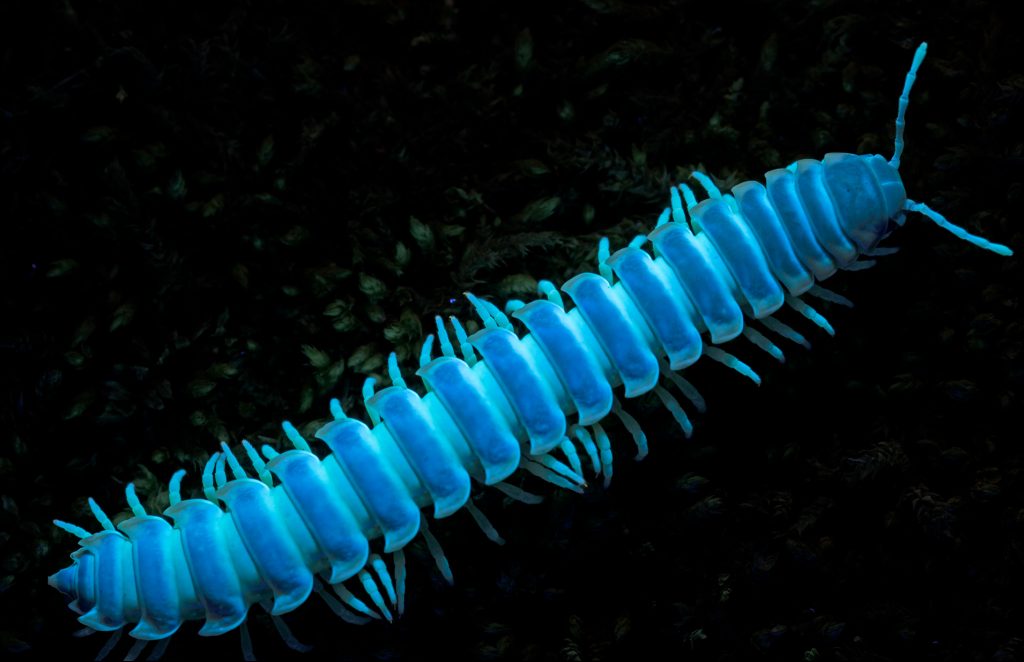 I spent the next couple days with Tsutomu at Kumamoto University. I worked in the millipede collection examining specimens and discussing a few collaborative projects with Tsutomu and Taiki. Tsutomu was incredibly wonderful and shared his ethanol-preserved specimens with me, and Taiki helped me find things in the lab, look up localities in Tsutomu’s database, and prepare specimens. Kumamoto University has a fantastic tree-lined campus with a nice guest house and really friendly students.

2 Responses to Fieldwork in Japan (part 3)