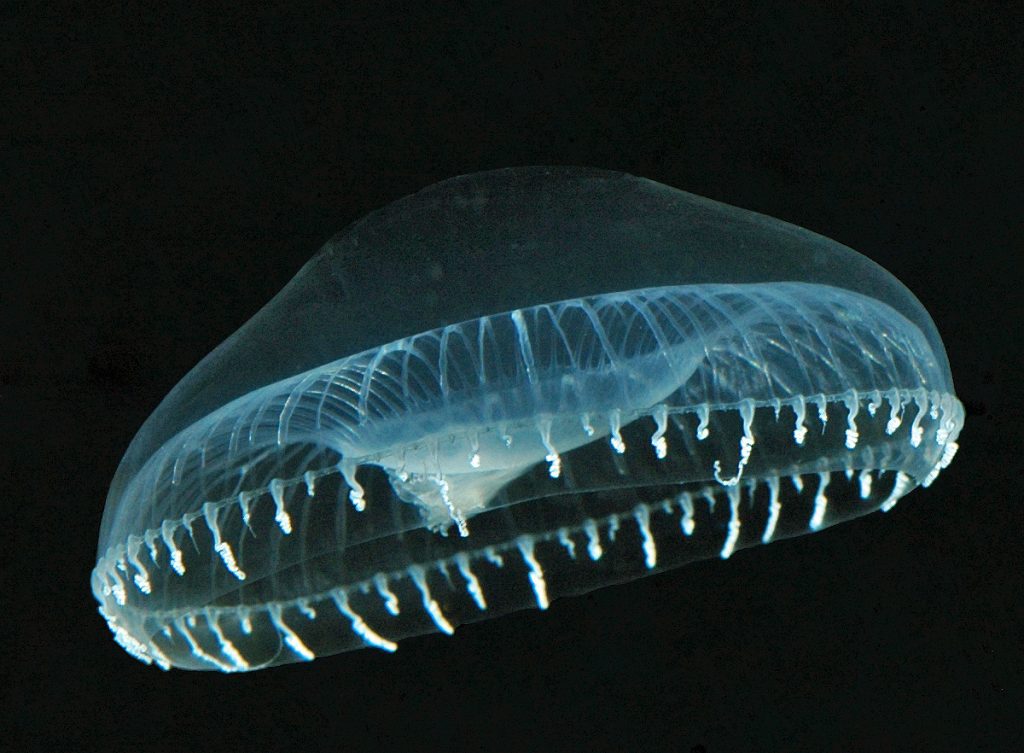 My research team, which is funded by the National Science Foundation (NSF), explores bioluminescence—the biological production of light by natural chemical reactions.   Specifically we focus on the evolutionary origins of bioluminescence in Motyxia, the only millipede genus in California that is bioluminescent.

Interestingly, Motyxia are blind, and so their visual signaling can only be seen by members of other species, such as predators.  In addition, Motyxia produce hydrogen cyanide, an extremely poisonous gas as a chemical defense.  Some of our research indicates that Motyxia’s bioluminescence serves as a warning signal to deter nocturnal mammals from eating these highly poisonous millipedes.

By helping to reveal the evolutionary origins of bioluminescence, we can better understand and investigate how other complex traits arise in nature.  In addition, bioluminescence research has a history of offering many proven and potential societal benefits in fields ranging from national defense to medicine. Some examples:

Next time you’re up late and it’s dark outside (even better right after a summer rain), visit your local natural area—a moist gully or streamside are the best. Turn off your flashlight and allow your eyes become adjusted to the light. Blue ghosts, railroad-worms, luminous millipedes, and snail-eating firefly larvae are some of the bioluminescent organisms you might see. When you observe these fascinating organisms, consider how they emit light and why their ability to bioluminesce evolved. But importantly, just take a moment to quietly observe the nightlife and nature’s living light.

Note: In 1961, scientists O. Shimomura and F.H. Johnson initially found that the protein aequorin was responsible for A. victoria’s light. When they purified the protein, they observed blue light. In contrast, A. victoria glows green in nature. So how does the light change from blue to green? Later, Shimomura and colleagues found that the jellyfish’s bioluminescence is generated by Förster-type resonant energy transfer of aequorin’s blue light to GFP. While GFP is not bioluminescent itself, it’s the ultimate emitter of the green light by this energy transfer. Energy transfer from a photoprotein to a fluorescent agent is common in bioluminescent marine animals, and is likely also the mechanism by which bioluminescent millipedes glow.

This entry was posted in Uncategorized and tagged biodiversity, bioluminescent, millipede. Bookmark the permalink.

8 Responses to Why study bioluminescence?